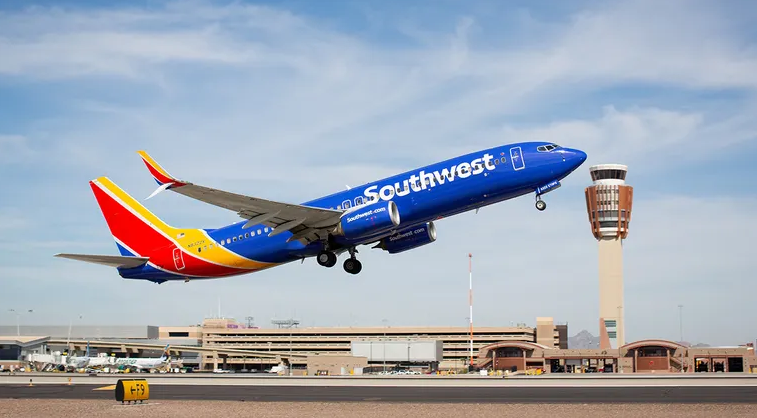 Rollin King and Herb Kelleher decided to launch a different kind of airline more than 50 years ago. They started with the idea that people would choose to travel with your airline if you get passengers to their destinations when they wanted to, on time, for the lowest rates, and ensured that they enjoyed themselves while doing so. And what about that? They were right.

Herbert Kelleher and Rollin King founded Southwest Airlines Co., an American airline, in 1966. It was officially formed as Air Southwest Company in 1967. In 1971, the current name was adopted. “The biggest thing that makes us ‘us’ is our People, and the unique and unrivaled Hospitality they deliver. No one has a Heart for service like the People of Southwest Airlines. No one.”

Southwest has one of the greatest overall productivity, service, and safety records in the industry, so customers can relax knowing that they will be flying in the friendliest skies. The airline has the lowest operating cost structure of any airline, as well as the most affordable tickets.

50 years ago, a simple idea came to mind. The idea was to create a new kind of airline. We ensure that passengers arrive at their destination on time and at the lowest price and that they have a good time in the process.

Southwest Airlines started flights at Love Field, located near downtown Dallas and adopted “Love” as the theme of all the promotions. In the 1970s, flight attendants wore hot pants and Gogo boots and called alcohol a love potion.

The Business Strategy of Southwest Airlines

The company uses a common revenue-generating strategy for many airlines, but a successful business model is worth mentioning. Before the COVID-19 pandemic grounded planes worldwide, Southwest Airlines was in the black for 47 consecutive years from 1973 to 2019.

Despite operating in an industry where it is very difficult to do so, the company not only survived but also flourished.

This was achieved in the following ways:

In Southwest, we put our customers at the center of our business operations. They offer certain benefits on flyers that are not offered by other airlines, such as:

The right hiring policy:
Southwest emphasizes the customer experience so airlines must hire the right type of people. Southwest focuses on hiring people who have a service attitude to its customers.

Did their $42 million investment yield results? The signs probably indicate! Southwest now reports that beaches and other “nature-inspired destinations” reservations are on the rise above all other regions. Southwest’s brand voice is undoubtedly even more conspicuous the year competitors remain conservative in ad spending and strategy.

In the pre-trendy era, brand names were an important consideration for commercial customers. Brand loyalty is now the lowest ever. But even if they are less focused on international travel and have a clue, Southwest is not as damaging as its competitors and can roll dice to attract new and loyal customers for post-epidemic flights.

1978 Awards and Accolades
Southwest boards and deplanes its millionth passenger in a calendar year at Dallas Love Field.

1979 Awards and Accolades
During the first quarter of 1979, Southwest boarded 1,038,657 passengers, establishing a new quarterly boarding record of over one million passengers boarded during a single quarter. Southwest records its largest single day in passenger boardings when it carries 17,928 passengers.

1986 Awards and Accolades
15th Anniversary. Southwest receives the Presidential Citation Award for Private Sector Initiatives in the White House Rose Garden for our “Home for the Holidays” program which began in 1979.
Ronnie Lopez, the executive assistant to Arizona Governor Bruce Babbit, is presented Southwest’s “Good Neighbor Award” at the 1986 annual awards banquet.

1988 Awards and Accolades
Southwest learns that we earned our first-ever monthly Triple Crown for May 1988. This is the first time since the DOT started tracking airline performance for on-time performance, baggage handling, and Customer complaints that an airline rated first in all three categories.

1989 Awards and Accolades
For an unprecedented second time since the DOT began keeping records on the performance of the nation’s largest carriers, Southwest captured the top rating in all three categories of the DOT operating statistics report.
They scores second monthly Triple Crown.

1991 Awards and Accolades
Southwest Airlines Scores fourth monthly Triple Crown. Becomes the nation’s first and only airline to be rated number one in all three major performance categories by the DOT for a record-setting fifth time–an achievement no other airline has reached once.

1992 Awards and Accolades
Southwest is honored as one of the outstanding achievers in the air cargo industry with the “Quest for Quality” award from Distribution Magazine.

1993 Awards and Accolades
Announces the Addition of 45 roundtrip flights, including new and increased service, to schedule this spring and summer. Claircom Communications and Southwest form a partnership as the first phone system is installed on our aircraft. Southwest Airlines wins the first Triple Crown Award, based on Department of Transportation statistics for the year 1992. Southwest ranked first in the fewest Customer complaints, best on-time performance, and best baggage handling. 12th monthly Triple Crown. Southwest Airlines receives a Certificate of Appreciation from the College and Graduate School of Business at the University of Texas in Austin

1995 Awards and Accolades
Flight Ops and Inflight Planning, Scheduling, and Payroll Employees are named our 1995 “Heroes of the Heart.”

1998 Awards and Accolades
Southwest retains the top spot in the national Airline Quality Rating for the third consecutive year as conducted annually by the W. Frank Barton School of Business at Wichita State University and the University of Nebraska at Omaha Aviation Institute.
Southwest Airlines ranks fourth on Fortune magazine’s “100 Best Companies to Work for in America” list. Fortune also named SWA the most admired airline in the US for the third year in a row and the seventh most admired corporation for 1998.

1999 Awards and Accolades
Herb Kelleher receives the CEO of the Century award from Texas Monthly.
Herb Kelleher receives an award for “1999 Spirit of Generations Award” from the Senior Citizens of Greater Dallas
Southwest Airlines ranks second on Fortune Magazine’s “100 Best Companies to Work For in America” list.

2001 Awards and Accolades
Herb Kelleher is honored on The Top 25 Managers of the Year for innovation, financial performance, and individual leadership capabilities.
Southwest Airlines is named America’s most admired airline in FORTUNE’s industry-specific listing of “Most Admired Companies,” and finished fourth place overall.

2003 Awards and Accolades
Aviation Week magazine names Herb as one of the “Top 100 Stars of Aerospace.” The list includes Leonardo da Vinci, Charles Lindbergh, and Chuck Yeager. Southwest Captain and former Astronaut, Robert “Hoot” Gibson is forced into NASA’s Astronaut Hall of Fame.
Chief Executive magazine places Southwest Airlines into its Top 20 list of companies that produce great Leaders. Southwest ranks tenth, up from its 18th-place rating the year before.

2014 Awards and Accolades
Southwest Airlines today was named to FORTUNE’s 2014 list of World’s Most Admired Companies for the 20th consecutive year. Southwest was ranked as the 9th Most Admired Company and is the only commercial airline to make the Top Ten.
Southwest Airlines Cargo has once again become the only U.S.-based airline to earn the highly coveted Diamond Award in the “up to 299,999 tones” category in Air Cargo World’s tenth annual Air Cargo Excellence Survey. Southwest Cargo earned high marks for its great Customer Service, Performance, Value, and use of Information Technology.

Southwest Airlines won one award in 2022.
Based on 3,864 ratings and 373 participants, Southwest Airlines employees are very satisfied with their work experience. The overall culture score of 81/100 or a+ incorporates employee ratings based on feedback from Outlook, CEO Rating, Managers, etc.

Southwest Airlines utilizes its unique legacy and mission to support communities all over the world, including harnessing the power of its People and Purpose to put communities at the heart of its success.

Southwest Airlines is a lesson on cultural strategy. Built on the fundamentals of customer eccentricity, effective processes, and dedicated teams, organizations are designed to achieve success and overcome challenges. This great customer service model can help your business gain a perfect reputation in the industry. That’s why the Southwest model is uniquely priced, but this brutal aviation industry creates a profitable model.