Everything you need to know about Heartbleed Security Bug

Everything you need to know about Heartbleed Security Bug

The Heartbleed bug is an encryption flaw, uncovered by researchers and experts from Google’s security team and a software security firm called Codenomicon. The bug affects web servers running Apache and Nginx software. Heartbleed Bug can exploit the hidden flaw to expose private information that users enter into websites, applications, web email and even instant messages. 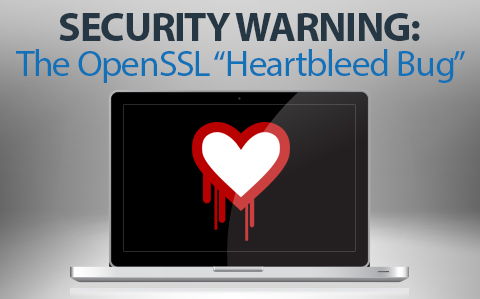 According to internet security experts, this bug active for last two years at least, has the ability to slip malicious operators past the OpenSSL security layer and capture passwords as well as forge authentication cookies and obtain other private information. Nearly half the websites utilize this security layer for operations.

As this is a server related security issue, common users will be dependent on the service providers to apply the patches to close the vulnerability. Google’s Gmail and Yahoo Mail were found vulnerable to the bug but both the firms has proactively implemented the patch for the issue.

How to Protect Yourself from the Heartbleed Bug?

Here is a table of popular sites that have either been affected or unaffected by the HeartBleed Bug as provided on Mashable.com.

[our] servers were not affected by this vulnerability. We are continuing to monitor the situation.” While reiterating that they were unaffected, Twitter told Mashable that they did apply a patch.

All the banks we contacted (see below) said they were unaffected by Heartbleed, but U.S. regulators have warned banks to patch their systems.

WordPress tweeted that it has taken “immediate steps” and “addressed the Heartbleed OpenSSL exploit,” but it’s unclear if the issue is completely solder. When someone asked Matt Mullenweg, WordPress’ founding developer, when the site’s SSL certificates will be replaced and when users will be able to reset passwords, he simply answered: “soon.”