Google I/O Conference 2018: All You Need To Know About The Key Announcements

Google I/O Conference 2018: All You Need To Know About The Key Announcements

Google 2018 I/O keynote has become the most talked about event in the news this month. CEO Sundar Pichai commenced the conference at Shoreline Amphitheater in Mountain View, California focusing on the fact that the tech industry should always be responsible for the tools and services it creates. Here are the 8 big announcements:

The next version of Android’s motto is to make your phone work for you. It has an adaptive battery feature that reduces app wakeups and foretells which apps you’ll use at what time based on your past usage. It has simple gestures such as turning the phone sideways will bring the rotation lock button. You will get plenty of new elements such as a new dashboard telling the amount of time spent in an app, you can flip your phone facedown to put it into the do-not-disturb mode by using a gesture called “shush” and all of your apps can turn grayscale after bedtime using the “wind down” mode.

There is going to be more diversity in Google’s virtual assistant and along with the original voice called “Holly”, users can pick from six extra, natural sounding voices. Google calls that original voice “Holly.” Even a John Legend voice is also coming to Assistant as well.

Among the most exciting and astonishing from the keynote was when Sundar Pichai played a recording of Google Assistant calling a hair salon to make an appointment. What took everyone by surprise was that the salon employee couldn’t tell the difference whether she was talking to an AI or a real person. The human-like manner in which the Assistant spoke became a sensation on the internet. With these new features, Google Assistant will be able to compete against or perhaps outdo Amazon’s Alexa.

4. Gmail Can Now Draft Emails for You (Almost) by Itself

Google is developing its Smart Reply feature by working on Smart Compose. Smart Compose uses AI “to help you draft emails from scratch, faster.” People speculated that if Gmail creates emails without their involvement may have unwanted consequences but Google has said that as you type, this new feature will provide suggestions for complete sentences. 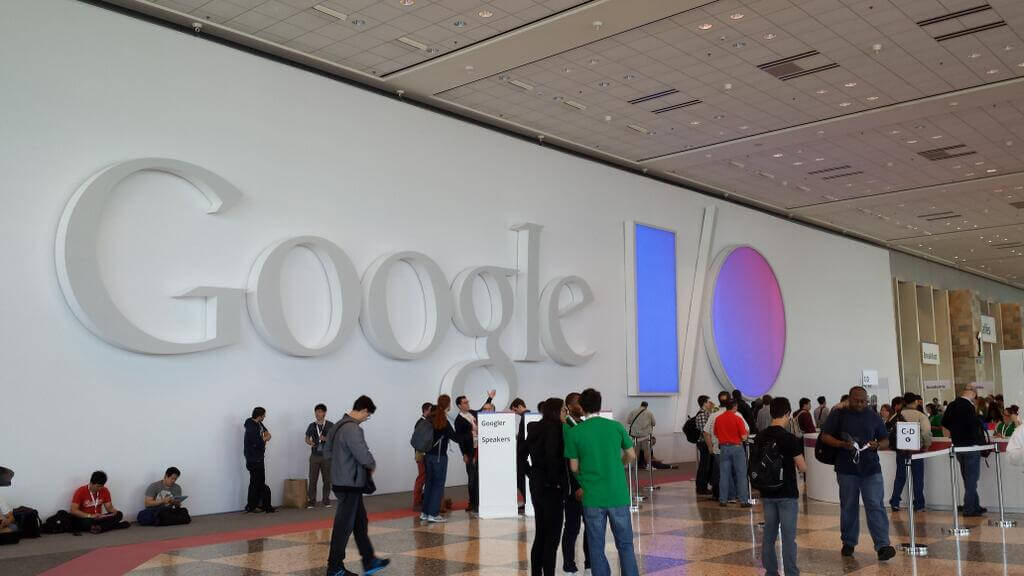 5. Google Maps is Getting More Social

Google Maps is now going to be a completely social experience for users, particularly to target Yelp and Foursquare. You will get a new For You tab that will enable you to follow certain neighborhoods to find new restaurants and business trending among other users. It will also be possible for you to coordinate with friends to make a “shortlist” when choosing a place to eat at – all this in real time!

Google Maps is also introducing Augmented Reality directions which can be incredibly helpful to people, especially those who are finding their way in a new place. All you need to do is point your camera in a direction, and Google will pair AI with Street View data to provide you an interactive, AR turn-by-turn experience when you’re on the move. You will even have a charming little fox for company!

The editorial focus of Google’s news app is now powered mostly by AI. The company has said “it uses artificial intelligence to analyze all the content published to the web at any moment, and organize all of those articles, videos, and more into storylines. It spots the ones you might be interested in and puts them in your briefing.” News will also provide “a range of perspectives” so that you can hear various sources.

8. Google Lens Can Copy Text From the Real World Onto Your Phone

Google has been working on it for some time and the feature has finally arrived. Users can simply point their phone’s camera at text in the real world and take that text to paste it into a text field on their phone.

So these were the 8 big announcements from Google I/O Conference and we can’t be more excited.